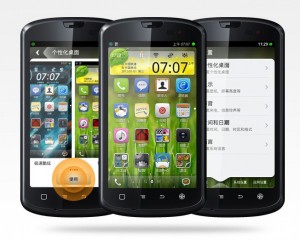 Let me start the same way I started the last article, by stating I support many of Google’s efforts, it has pushed open source into the consumer space in many ways. Maybe you don’t think competition to Android from close source alternatives such as Windows Phone or iOS is healthy. But be careful: anti-competitive behaviour also keeps other open source projects out.

Also make no mistake about Android: The base system is open source, the ecosystem is completely closed. If the choice is between an Android monopoly, an Apple monopoly or a Microsoft monopoly, probably all of us reading this would prefer an Android monopoly. Yet, we shouldn’t be forced to pick the least of all evils.

Google pushed Android by offering OEMs an operating system to compete with Apple. Microsoft had its head buried in the sand so OEMs needed something urgently. One of the most attractive qualities of Android is its open source nature, OEMs can modify the systems as they see fit, or so they thought. The Play Store (formerly Android Marketplace), on the other hand, is a Google property. Google licences OEMs the right to use it, they need to sign a deal with Google agreeing to a bunch of undisclosed rules. At the beginning pretty much only the Play Store and Gmail were closed source, the rest of the system was completely open source, including Search.

As Android grew in size, it was no longer of any use to Google that so much of Android was open source. They had achieved what they wanted: avoid a monopoly by Apple or Microsoft that endangered their position as the main search engine of the world. So since two years ago they’ve been systematically moving away pieces and bits of Android to the Play Store on the disguise of providing faster updates. Yet, in reality what they’ve done is basically abandon their open source applications and release close source versions of them. With nobody to maintain them, these apps have now become abandonware, even something as simple as the music player is now close source.

Secret and not so secret rules to avoid competition

Android is open source, so we should expect some other companies or organisations to come up with a competitor to Google’s version. Why hasn’t this happened? If a company currently makes Android handsets and want to also make their own version they can’t, Google has given itself the power to stop them from doing it.

But that’s not all. Say you’re Amazon and you want to compete: Thanks to Google’s agreements you can’t use any hardware manufacturer that currently wants to produce Android devices, for example, you can’t use Foxconn to build your Kindle Fire. This greatly reduces the possibility to find partners. Remember Google’s Android has 80% of the smartphone market and is growing in the tablet sector. Moreover, you won’t get access to any of the modern applications available for Android. No Gmail, no Google Now, no Play Store (and therefore, no ecosystem), no Google Keep, no Google APIs, no Google Maps, no Google Drive, no Youtube, nothing of what makes Android popular is open source.

Say you found a hardware partner and you’re ready to invest on creating your own version of Android. You will try to build your own store and your own ecosystem. Well, if you build a store that should be enough, right? Android developers just need to upload their apps to your Application Store, and that’s it, right?

Not even close. Some of the most important APIs developers use on Android are not open source: Many (if not most) apps available on Google’s Android wouldn’t run on your fork of Android legally. In order to extend compatibility you’ll need to create your own APIs that work with applications coded using Google’s. Close source and only available on the Play Store.

Soon Android will be the dominant OS

For almost 20 years Microsoft enjoyed an undisputed control over the operating systems market. The expansion of mobile devices, however, has decreased Microsoft’s control of what people use and don’t use. In fact, not long from now, Android will surpass Microsoft as the most popular and common operating system. Google is even trying to pierce into Microsoft’s monopolised PC market with ChromeOS.

The future and current state of affairs represent an improvement over the last two decades. A world where the PC market is a little bit less monopolised and the mobile market is controlled by a company that uses a linux-based operating system is preferable, but we shouldn’t settle for that. It isn’t healthy for the mobile industry, the web or the open source community that alternatives are impossible to push.

Think about it for a second, Microsoft has thrown billions of dollars from its bottomless pockets to compete with Google in the mobile space and it has yet to make a dent. How can we expect other open source projects to compete under such circumstances?