The State of gaming 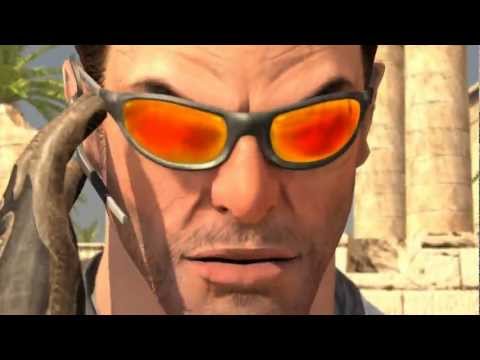 If you’ve been using Linux long enough there’s a phrase you’ve certainly read or heard in some forums, or discussions, or comments: I use Linux for everything, but I keep Windows for gaming. In fact, if you’re a gamer you’ve probably said this yourself.

Because while Wine supports running many games, sometimes with even higher performance than doing it on Windows, which is a quite something, there are games that simply do not run under Wine. For example, you may like Gears of War and you may have even bought this game before installing Netrunner, perhaps before even knowing about Netrunners’ existence, so you kept Windows installed because you like the game and you don’t like the idea of losing the money you paid for it.

And it’s not a matter of how good Wine is they’re doing an amazing job, the issue is Netrunner (or Linux in general) is not being targeted by gaming developers, or at least that was the picture until very recently, as we’ll see in a second. So what’s driving this change?

While Linux market share is not high, being a small percentage of a really big number is still a big number, so according to Gartner there were over a billion PCs in use in 2008, with a growth rate of 12% annually, so by applying very simple math we can roughly calculate the number of PCs as of November 2012 to something around 1.6 billion. According to Net Marketshare Linux represents about 1.17% of the total (the only way to roughly estimate the share of computers running Linux, given that very few computers are sold with Linux pre-installed), again by simple math this implies that there are more or less 18.7 million users, to put that number in perspective, Nintendo sold 21.7 million Gamecubes.

So the community of indie developers suddenly realized that supporting Linux didn’t add much to their costs but increased the potential market by almost 20 million, and thanks to the fact that the biggest studios practically never launched their games on Linux, they also had the advantage of relatively low competition. The biggest culmination is perhaps the existence of Humble Bundle for Linux. However let’s be realistic south of 20 million users, not all of whom are gamers, is still not enough to drive AAA games to Linux. But things are changing and is not because of something that happened in our lands rather is the product of changes in Microsoft’s ecosystem.

Linux users have been asking, begging even, for Steam for a long time but Valve kept saying no, even denied to even be working on it. Linux has more users, but the increase has not been big enough to drive such a change, so what’s the Valve’s motivation?

Traditionally Windows has been a platform where developers outside a few categories could build applications or ecosystems without competing directly with Microsoft. The tradition is now over though, Microsoft has decided that it makes sense (from a business perspective) to integrate their XBOX offerings into their core operating systems (Windows 8, Windows RT and Windows Phone 8).

Competing against XBOX when is bundled in every Microsoft Windows installation is rather hard, probably impossible. Moreover, in Windows Phone and Windows RT Valve isn’t even aloud to compete in any meaningful way because you can’t install any application from a source different than the Microsoft Store, which only supports “Modern UI” applications.

This new development has fired up rumors about a new “Steam Box”, in other words, some kind of new console, but probably more PC-like. One of the main key points behind this mythical box is that it will run Linux, perhaps Ubuntu. In other words Microsoft’s acts have forced Valve to look around for alternative ways of keeping Steam afloat. And here’s the latest result of this struggle. There’s already a few games available. The vast majority were available before Steam for Linux came to be except for one game, which has graphics far beyond what is usually found running natively on Linux, namely Serious Sam 3: BFE. It’s not an AAA game, that’s for sure yet it looks much better than your usual indie game.

Perhaps this is the beginning of something bigger, and the very least, this is certainly a major improvement for Linux gaming. If Microsoft keeps pushing XBOX into their main platforms with a wholly disregard of other developers we may end up with a Linux gaming on par with anything out there, thanks to Steam need for a business model, on the other hand, Microsoft may push Steam out of business eventually, or at least it may reduce it significantly, but let’s try to think positive, shall we? Competition is good, not only an scenario with a successful Steam for Linux could improve the situation in Linux, but it would probably improve the situation for everybody as all players are forced to offer their best.