What lies ahead: 2014 will be an exciting year. 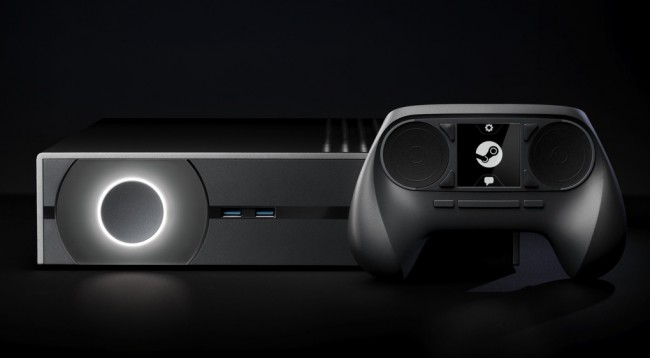 Since 2013 was such a strong year for Linux, it should come as no surprise that I believe (and many us) next year is not only going to be big, it also has the potential to be the biggest year yet. Here’s the things we can expect and the things that will unfold in the next 12 months.

A bit behind schedule Netrunner’s next release is set to happen around January 15th. Among many other improvements is the new theme, which I think most users will greatly enjoy. It’s beautiful, minimalistic and easy on the eyes. I don’t want to spoil too much. But I think users will be pleased with the update. A new menu, a few new goodies with the taskbar, a flexible sidebar, mouse gestures, and more. Not to mention anything Kubuntu 13.10 added will be by extension part of 13.10.

A new version of Netrunner is a fitting appetiser from what will come in 2014.

Heavy development on top of KDE Framework 5 will start next year. Many apps will start moving to the new framework soon but others may take longer. Among the many goals for “KDE 5” is a far more modularised environment (hence the selection of framework). A fully accelerated interface is among the goals, interfaces built with OpenGL in mind will become the norm (think in apps that support animations like Muon does). Among the most user facing changes will be the new Plasma 2 and KWin. If you liked the changes on the latest version of Kubuntu to the Network Manager and Battery information widget you will be deeply pleased by the user facing changes on Plasma 2. KWin is smoother than ever. We will talk a lot about KDE Framework 5 next year here in Netrunner-mag.

Exciting doesn’t necessarily implies good, it merely implies not boring. While the fight between Canonical and… everyone else heated up at the end of this year, the next one should bring a closure to it. Canonical has postponed the inclusion of Mir into Ubuntu until 15.04, while it’s expected that KDE will fully support Wayland by mid-2014. It’s very likely that there will be at least one version of Kubuntu running on top of Wayland. Moreover, KWin’s main developer has warned that he will not support Mir and will veto any patch to mainstream.

It seems very unlikely that both can succeed in reaching mass adoption, probably one of them will prevail over the other. At this point in time that seems like an impossible scenario, Canonical has invested a lot in Mir and Ubuntu for Phones and Tablets is built on top of it. The open source community won’t bulge to the pressure of the most popular distribution. Sadly, it seems like a likely scenario that there will be two “standards”, or rather, one standard and Canonical’s implementation. Who will manufacturers choose to support will probably seal the faith of this discussion.

Some may believe that if it comes down to manufacturers, then Ubuntu will definitively win. But that’s a rather naive view of the state of affairs: Linux is relatively small on the desktop, the big markets are absolutely outside Canonical’s dominance. Linux is strong on supercomputers, data centers, virtualisation, smartphones, tablets and if things go well gaming, wearables and Chromebooks. None on which Canonical has any relevance.

The year Linux may solidity its position in desktops

Chromebooks surprised the world this year by becoming more popular than Macbooks, by capturing up to 21% of the sales. This is something we’ve seen before, Netbooks seemed for a small period of time like Linux’s ticket into the industry monopolised by Microsoft. But history has taught us that having a good year is nowhere near enough. If Chromebooks maintain the widespread support from OEMs and keep the strong sales, next year may very well be the end of a 20 year monopoly on desktop operating systems. There’s also the possibility of people learning more about ChromeOS and ditching it because of its rather extreme limitations. I think for most users a web browser with a couple of goodies is enough, but will users be happy with “enough”? As long as Chromebooks maintain a price advantage it will probably stay strong, but if Microsofts pushes the price of its computers down then it may put a stop to it. We can only hope the former scenario is the one. Microsoft is starting to feel the pressure as they made abundantly evident with their negative campaign to discredit ChromeOS as not being a “real PC” (which is a lie): Click here to watch Microsoft make a fool of itself and informing even more people about the existence of Chromebooks.

Will Google and Apple maintain their mobile duopoly?

Microsoft is investing heavily on trying to compete with Android, but so far it has not hurt at all the Linux-based operating system. In fact, if anything, all the growth Microsoft experienced seems to come from Blackberry and perhaps a bit of iOS. But so far Google’s mobile flavour of Linux is still growing strong.

Next year we’re also supposed to see what Ubuntu for Phones is capable of. Not limiting itself to a low-end devices, unlike Mozilla, and planning to build an actual ecosystem. Ubuntu for Phones seems like a true candidates to make a dent in the smartphone market (although I believe it’s unlikely it). Not withstanding the result of Mir v. Wayland which may force Canonical to delay Ubuntu for phones entrance to the market even further. On the other corner is another device running Linux, always rumoured but never realised, a smartphone made by Amazon. Noteworthy is that of the four operating systems that seem to have some chance to enter the mobile space, three are or will be running Linux: Amazon’s smartphone (if real), Ubuntu for Phones, MozillaOS. There’s also many other Linux distributions with hunger for mobile such as Cyanogenmod.

With Google closing its ecosystem more and more a new Linux contender would be deeply appreciated. But without a doubt Google’s Android is by far the least of all evils in the mobile market.

Valve has high hopes for its new Linux distribution rocking Steam for Linux, a new controller, and an open model in which anyone, can install and sell Linux on their machines, including regular users. A gaming machine is as good as the games it runs, Steam for Linux currently supports over 300 games, most of them indie games.

It may sound weird, but if Steam Machines are competing against consoles… 300 games is way more than Microsoft and Sony can brag to have (without counting their emulators). On the other hand, Steam for Linux (and therefore SteamOS) is short on “next-gen” AAA games, and so is the competition… but it probably won’t be for long. Valve needs to move quickly and entice developers to support Linux. Valve itself can contribute a lot thanks to its incredible track as a game developer. So far Metro: Last Light is the only AAA game on Steam for Linux

If 2014 is the year of gaming on Linux, 2014 could be a year in which Linux in the desktop goes beyond Chromebooks and hits even higher price points. At the end of the day, if Steam for Linux becomes widely supproted… Why would gaming OEMs choose to pay Microsoft a licence for Windows?

I have high hopes for the future of Linux everywhere. In the consumer space Linux is now as popular as it gets trough the face of Android. Next year could become popular in such a variety of markets that if everything goes well Linux will be absolutely everywhere you look around. it could be on your TV (WebOS for TVs by LG), on your gaming “console” (SteamOS), on your phone and tablet (Android), on your watch (Smartwatches from Google, and this year Samsung’s and Qualcomm’s watches use Linux too), on your glasses (Google glass runs a custom version of Android), on your Chromebook, on your car (Genivi Alliance) and of course on your main computer.

Without a doubt 2014 will be one exciting year for Linux.

*It was originally announced that the name of the next instalment of Netrunner would change to reflect its release date (that moved from 2013/12 to 2014/01). However, at the end they decided to call it 13.12 to avoid any possible confusion.