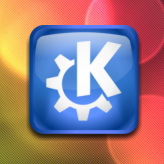 KDE has announced its newest Beta, and it’s asking people to be testers to clear out as many bugs as possible before the launch, they’re dividing their beta testers in two categories: Informal testers, which will use their systems normally, and Formal testers which will focus in particular parts and stressing out applications.

End users should be pretty excited about this new release, according to the KDE developers itself the highlights of this release are: