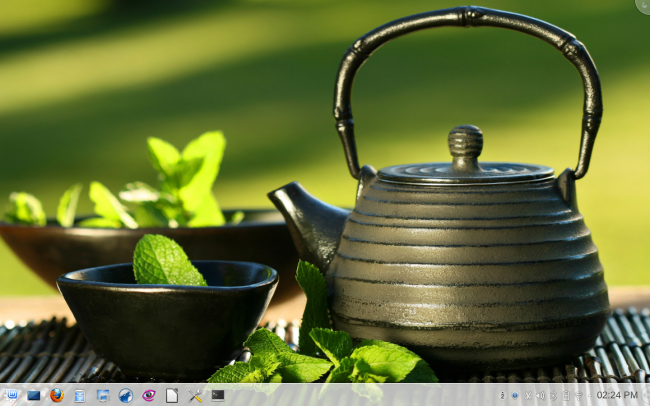 Normally, at the end of the year, I tend to run my best annual distro roundups, choosing the finest among five operating systems or flavors thereof that showed the greatest promise in terms of stability, usability, elegance, support, and other curious items in the outgoing twelve-month period. But I have never dedicated much thought to selecting the best implementation of any one particular desktop environment, regardless of the system underneath.

But when you think about it, it makes a lot of sense. Oftentimes, distributions rise and fall based on their desktop session, because that is what users see and interact with, and if there are problems in the presentation layer, they will come to bear. While the kernel might be identical for various editions of any one distro, the application stack and the ease of use make all the difference. Take Ubuntu and Kubuntu, for example. Which brings us to this showdown. True, the year has still some three and a half months left to run, which means we will miss the autumn fever with this compilation, but still, let us vote the best KDE distro around.

The stardom of openSUSE seems to be behind us. In my un-humble opinion, the greatness of SUSE was in the 11.X series, with phenomenal releases, one after another. The first two versions of the 12th series were somewhat lukewarm, but then, openSUSE did a rather interesting comeback with the 12.3 edition.

It had a few shortcomings, true. The networking was not enable by default and some of the codecs were missing. But after a lukewarm start, it offered an excellent and safe installation, an extremely stable setup without any crashes, awesome responsiveness, and truly the best looking KDE session I have ever seen, with a spectacular mash of black and green. If you can ignore the initial woes, then this KDE desktop offers both beauty and stability, plus a very decent application stack. Based on Kubuntu, which comes right next, Netrunner OS is an out-of-the-box implementation of its parent, with everything configured, or at least designed to be configured, to work right away. Then, you also have a fairly strong Web and cloud integration, with a bunch of unique services, like Web Accounts and Runners-ID.

Netrunner 5 Enigma also offers a full multimedia stack, as well as a highly polished and elegant desktop, with a slight nod toward the Windows constellation of usability, which is meant to put new users at ease. The application layer is particularly rich, but the wealth of features comes at the expense of system resources usage, some extra heating and a shortened battery life. However, as a complete package, Netrunner OS offers among the most straightforward experiences for a wide range of users, even though its struggle for perfection can be a detriment sometimes. Kubuntu is the unsung underdog of the Ubuntu family, as all the glory belongs to the Unity-flavored version. But Raring Ringtail is a surprisingly good distribution, with glamour safely hidden away. It is the first Linux distro that I successfully managed to upgrade in-vivo. Pretty much everything seems to work well, although you will have to tick the right options to get the juicier bits of the multimedia stack enabled after the installation. As far as the KDE goes, very refined, very polished and silky smooth, with a phenomenal performance. One thing that you might fight tricky is the printing over network, but other than that, there’s little to fault this KDE incarnation. Few people have heard of this small, dual-nature distribution, which normally goes under the label of SolydXK, and the last two letters change depending whether you choose the Xfce or the KDE flavor. It’s a small project, inspired and based on Linux Mint Debian Edition, so it is ever so slightly different from the overwhelming Ubuntu experience you get all over the place.

Still, it managed to provide all the fun right away, by default, and it packs a bunch of interesting tools and utilities, as well as gaming platforms, like PlayOnLinux and Steam. With no crashes and a good but not the best system responsiveness and resource utilization, SolydK is a surprising contender for the highest accolade. At stake, the tiny user base, the peril of disappearing without a trace, but possibly outweighed by a very refined and well-rounded experience, showing what KDE can do when given love and attention. Normally, you do not associate Linux Mint with KDE. It’s almost an afterthought, and the distro usually packs spices and friends, or Cinnamon and MATE for those of you weak in innuendos. So it’s definitely a Gnome-taxonomied beast, which makes the KDE work all the more interesting.

But Olivia KDE is not just a casual one night stand. It’s a serious desktop, with all the necessary pieces put well together, even if the glue does not smack of bold enthusiasm like the other flavors. You do get excellent consistency, a very balanced applications stack, smoothness, beauty, and a moderately hungry diet. Well, the KDE stack ate more memory, but gave back one of the quietest CPU profiles I have ever seen with KDE. Printing is equally flawed as in Kubuntu. But that’s where your problems start and end, and if you like the work of the Mint family, you won’t go wrong with this ultra-friendly edition. So let us vote my favorite. Bias and taste may apply without further notice. Now, what qualifies as the best? There are quite a few parameters that need to be taken into account. But a good history record, solid support base, a chance for continuity, and a consistency of experience are definitely a must. Stability is also critical. Being smart but not over-complex, another. And since we’re talking KDE only, essentially, the big deciding factor is in the small details, the polish, the perks, the way the session is brought to life, the way the emotional response is triggered with the user. Is this just yet another slab of pixels you use to run your applications, or is there a whiff of delight that entices and compels you to move your mouse cursor about and discover new things?

When I bunch all these together into a singularity, a single winner emerges from the bunch. Now, that does not mean the others are bad in any sense. After all, these are the top five contestants for 2013, which means many others have been left aside without any additional consideration. So it can’t be bad, in any sense. But the crown goes to Kubuntu 13.04 Raring Ringtail.

All of the five candidates have problems, it’s just that Raring has the fewest of them. It is definitely one of the more polished KDE flavors around, all things considered. True, Mint and Netrunner offer more out of the box, but the former lacks spirit, and the latter experienced a bunch of application crashes and bugs, caused by its bold and complex approach to solving everything. SolydK is excellent, too, but it’s a newcomer, and it might not be with us next year, the same thing that happened to Fuduntu. openSUSE has a chance to climb back to the podium, but it needs to sweat a little to regain its lost glory, although it seems to be on the right track.

So beauty plus stability plus accessibility, the precarious triple-point equilibrium lands flat in the court of Kubuntu. This is quite an achievement, and the team behind their project should be really proud. Raring Ringtail is an awesome KDE demonstrator, and it tickles all the right glands. If you have friends and family you might want to expose to Linux, then Kubuntu will probably be the best overall choice.

Once again, this does not mean you should not be trying or using the others. In fact, you should, and I strongly encourage you to do so. KDE has grown and flourished in recent years, and now it’s sleeker and faster than ever. Good and exciting times. All that said, I expect to see extra work invested in ironing out all the little pests and bugs, and making the KDE desktop even more elegant and beautiful than it is today. Well, I guess that would be all. It is time for comments.